The Jicamarca Radio Observatory (JRO) together with ATRAD (Pty. Ltd., Adelaide, Australia) are pleased to announce the commissioning of JASMET (Jicamarca All-sky Specular MEteor Radar), a new all-sky interferometric specular meteor radar collocated with the Jicamarca VHF radar (11.95º S, 76.87º W). The radar hardware specifications and data processing software were provided by Atrad, with the hardware provided by the JRO.

JASMET operates at 50 MHz, with a variable peak power (10 kW, 20 kW, 100 kW) and variable duty cycle (1%, 2% and 5%), depending on the application. Transmission is performed using four 5-element Yagi antennas, each of them pointing to the four cardinal directions with elevation angles of 45o. Reception is performed using five two-element folded dipoles aligned along an azimuth of 45o, that are fed to a multi-channel multiple-purpose acquisition system based on digital receiver technology. The receiving antenna arrangement allows unambiguous angle of arrival estimation while minimizing antenna mutual coupling effects.

JASMET is currently operated on a campaign basis within the Jicamarca Radio Observatory  operating schedule. The major motivation for the development of JASMET was the measurement of mesospheric and lower thermospheric horizontal winds to:

2) Complement Jicamarca’s MST capabilities by measuring the mesospheric winds during the nighttime and when the main system is idle or running on different modes.

However, the ability of JASMET to provide meteor speeds will provide complementary measurements to meteor head echo meteoroid speeds obtained using high-power large-aperture (HPLA) main array of the Jicamarca radar [e.g., Chau and Woodman, 2004]. JASMET operates in a very similar manner to the Atrad meteor radar, as installed at Adelaide and Darwin, Australia; Davis, Antarctica; Tromso and Svalbard, Norway; and Wuhan, China, and will allow collaborative and comparative measurements to be made with these radars.

The JASMET system was first operated in November 2005 as a proof of concept trial, with data processing performed offline. The first campaign of the integrated system including on-line analysis was conducted in June 2006. Examples of the results from this campaign are shown in the figure section.

Although JASMET is currently operational, we plan to make the system more independent from the main Jicamarca system in order to be able to run for longer periods and more importantly to run concurrently with the main system, particularly during MST-ISR runs conducted by Drs. E. Kudeki and G. Lehmacher. In addition, we expect to experiment new ways of improving the measured and derived atmospheric as well as astronomical parameters. 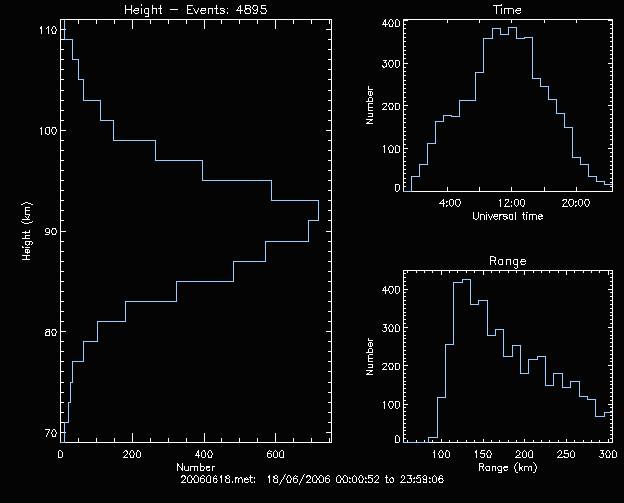 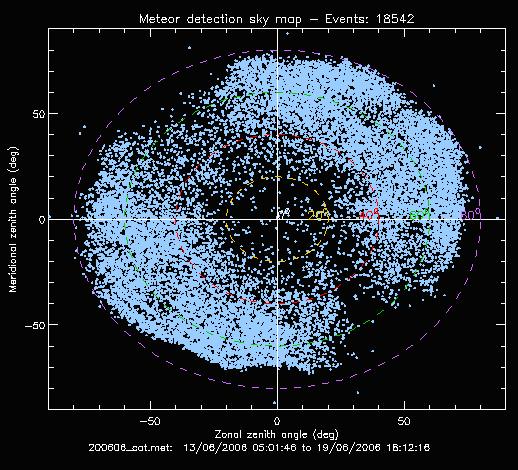 Figure 2 shows angle of arrival coverage, revealing almost all sky coverage, with a null along the 115/315 degree line resulting from the use of linearly polarized receiving antennas. 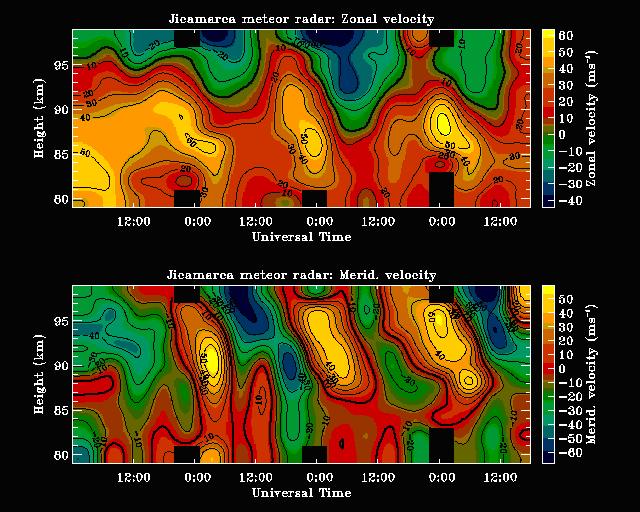 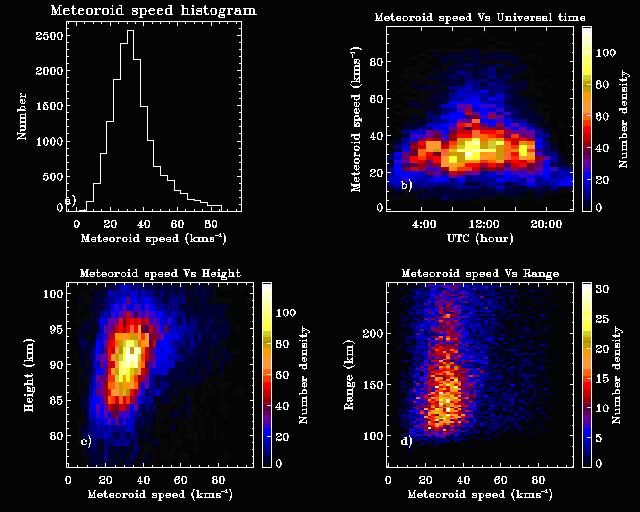 The June 2006 campaign was conducted towards the tail end of the daytime Arietids meteor shower. Figure 5 shows the radiant map obtained using a new radiant mapping technique, which locates the shower radiant close to the expected position (44 deg, +23 deg). Figure 5 also shows the meteoroid speeds of all meteors identified as having radiant positions within ±2o of the shower radiant. The resulting speed estimate (36.5 km/s) shows good agreement with the accepted speed for this shower (37 km/s) when the effects of meteoroid deceleration are considered. 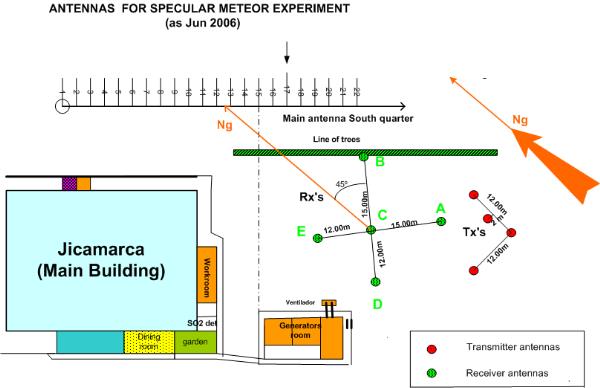 The Jicamarca Radio Observatory is a facility of the Instituto Geofísico del Perú and is operated with support from the NSF Cooperative Agreement ATM-0432565 through Cornell University. Part of JASMET hardware has been provided by Drs. Erhan Kudeki and Gerald Lehmacher from their MST-ISR project.